The Mourvédre cuttings used on the De Fazio Vineyard were discovered growing as bush vines in an abandoned 1850’s quarry whist Angelo was out on a walk over 15 years ago. A rustic grape variety originating from Spain it’s well suited to the growing conditions of the North Western Barossa Valley, as is evidenced by their survival. In fact, those original bush vines are still in the quarry today.

The cuttings are now well-established vines planted on the north facing aspect of a hill in the vineyard providing maximum sunshine throughout the growing season allowing the grapes to properly ripen.

The limited release De Fazio Bush Vine Mourvédre is made to pay homage to the early Barossan settlers. Like those bush vines in the quarry they showed strength, character and perseverance to lay the foundations for today’s Barossa Valley. 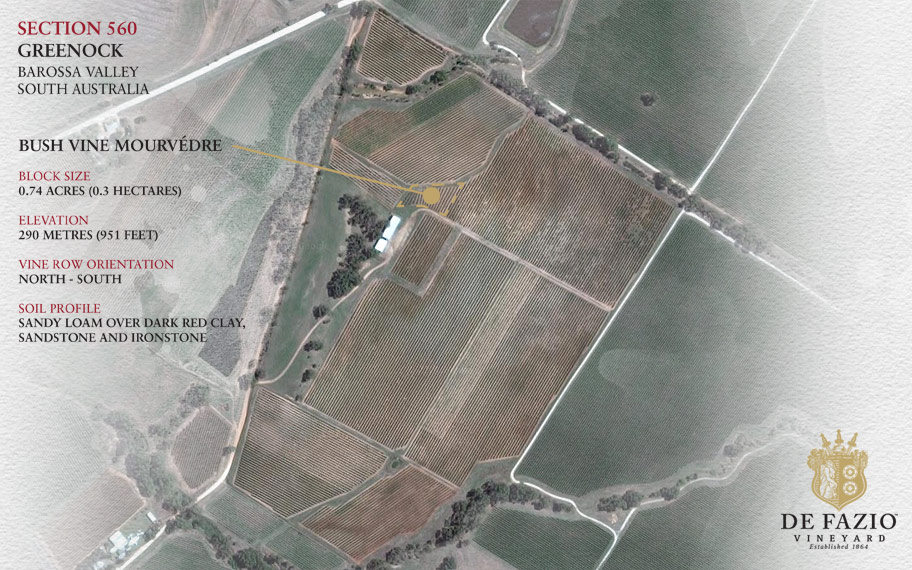